Find out how fast you can bowl with PitchVision | Cricket coaching, fitness and tips

Find out how fast you can bowl with PitchVision

Bowling speed is a constant source of discussion in club cricket. How much faster are the bowlers you see on TV compared to the men you face on the weekend? How fast is that 15 year old talent in the club compared to 15 year olds in the rest of the region, country or world?

Cricket coaching product PitchVision is solving that problem by allowing bowlers to check their speed and compare it to others around the world. Using sensor mats that accurately track the speed of the ball in any cricket net, the system gives instant feedback on bowling speed and accuracy.

The information is sent wirelessly to a laptop or mobile phone. After the software has captured the bowlers pace it allows him or her to upload it to an online library of every delivery recorded on a PitchVision system anywhere in the world. That means bowler can quickly see how their figures compare to others wherever they are. The online library, called PitchVision Academy, also rates players by performance and picks teams for competing in Test and Twenty20 cricket. Players can find out if they are good enough to make the final eleven. 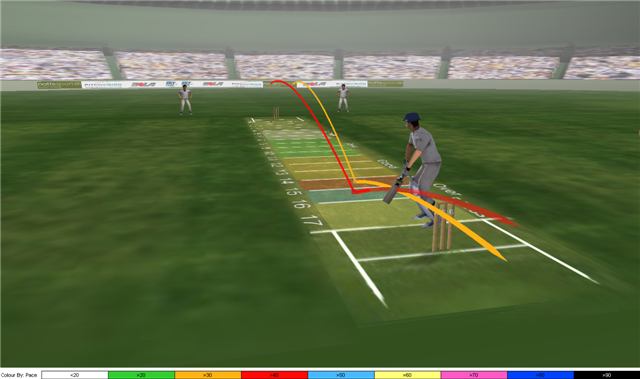 The PitchVision sensor mats can also be used for a range of other coaching data. It's the first time technology seen at the highest level has been affordable and accessible to all cricketers. The system is available worldwide.

plzzz tell me how to use the pitch vision mobile edition (trail)....iam waiting for answer ..thanks