How to Get More Spin with Inhibitors and Enablers | Cricket coaching, fitness and tips

How to Get More Spin with Inhibitors and Enablers 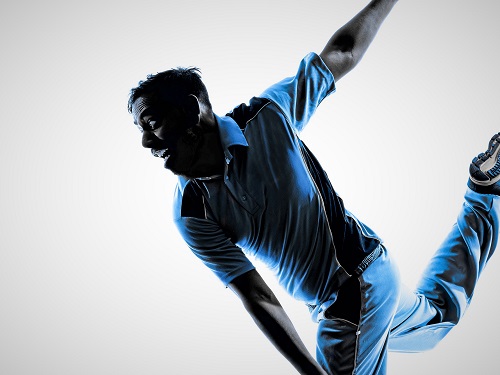 Want to get more spin?

Spin can be learnt. Much in the way that speed can be taught. You can make people bowl faster and you can also help them to spin the ball more and in almost all conditions. Yes, some may have a predisposed advantage. But, everyone can improve. The ceiling is a long way from the elite, never mind the masses.

The toughest conditions for a finger spinner are often found when bowling on the brand new, hard, flat pitch. While such conditions may offer light relief of some bounce, without the ability to generate turn, it can force many a spinner in a defensive mode. Not because it won't spin, but because they can't spin it. Generating turn on a quality batting surface requires top spin combined with side spin to get and real traction with the surface and the faster you bowl, the more of this top spin you'll need.

So how do we achieve this top spinning off break?

Bowl from a front on position. That may have many "side on" classicists spitting out their drink. It doesn't mean we should be front on throughout the action. It simply means that if we can get our hips and shoulders to, or beyond a square on position by the point of release, then we've got a good chance of spinning the ball forwards and subsequently gaining grip with the surface.

Just try it for yourself. Imagine you're trying to spin a ball forwards standing in a side on position and again from a squad / chest on position. It's so much easier.

But how can a spinner achieve this front on release position?

From a technical perspective, to give ourselves the best chance of rotating our body into or past this square on position, we have to understand "inhibitors" and "enablers".

What are we doing to reduce the amount of rotation we get, which is subsequently limiting our ability to get to, or beyond square on?

These things are inhibitors.

Additionally, what do we do that helps stimulate or create rotation, encouraging our body to rotate more towards, or potentially beyond that square on angle?

Some of the inhibitors you should look out for:

A selection of enablers you should consider developing are:

Developing a combination of these enablers, while limiting the inhibitors, can allow the hips and shoulders to achieve the square on position at the point of release we're after and from that position any finger spinner should be well set to get the ball spinning forwards. Offering them the chance to turn the ball on almost any surface.

So how should you apply all this information to your bowling?

The first thing I'd do is assess what you can achieve already.

If you can already spin the ball on every surface you play on, don't go looking for big changes. However, if you're looking for more consistent turn, a simple assessment of what you can make the ball do is easy. Get yourself a half and half, red and white ball and film yourself bowling. You should be able to see fairly quickly which direction you're spinning the ball in. You probably won't even need a camera.

If you're not managing to get the ball spinning forwards as much as you'd like, then start to assess your body position at the point of release. The best way to do this is to film yourself from side on. Think straight extra cover, level with the stumps. From here you'll be able to see how much rotation your gaining by the point of release, towards that square on position you're hoping for.

Strive to be better. Do something tomorrow you couldn't do today.

Spin can be learnt.

To many, spin bowling will always be an art rather than a science, but that doesn't mean you can't learn more about it and improve the way the ball leaves your hand.