Was this brilliance or madness?

As the first Test against Sri Lanka meandered to a draw, England needed wickets. So, Alastair Cook took a leaf from the old tabletop cricket game, and set a ring of fielders in front of the batsman. 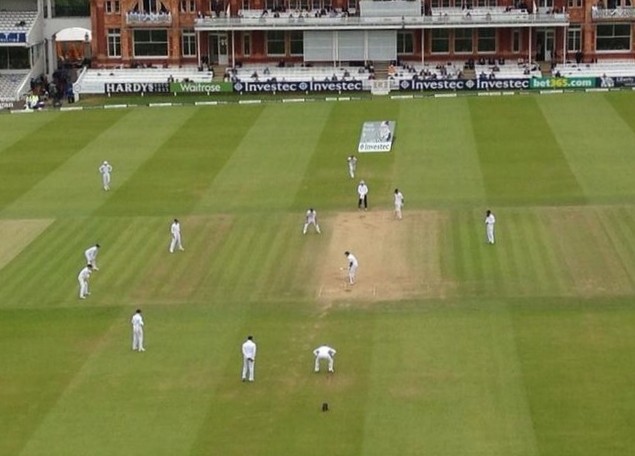 It was hailed as innovative captaincy, or a desperate ploy to take wickets. Or both. Either way, it certainly had an effect on the game with Kumar Sangakarra chopping onto his stumps such was his discombobulation.

So, what was the thinking, and can you emulate it in your games?

I think so. Here is why.

It's common advice that when nothing is happening in a match where you need to take wickets to win, you need to make something happen by doing funky things.

This is a perfect example.

In an ideal world, your plan will have a firm basis in some weakness you have spotted in the batsman. Imagine a slow pitch where the ball is both not carrying and stopping. Now imagine the batsman has driven a couple of balls on the up.

Why wouldn't you move the slip cordon from three slips and a gulley to one slip, silly mid on, silly mid off and short extra cover?

But the reality is often simpler: you just have a hunch.

You may feel it's time to do something different, even though you are unsure what that might be. rather than just throw another gulley in the mix you put someone at short leg. You look like a tactical genius when the next ball pops up there.

The basis of this hunch might be some kind of leak from your subconscious from all your years of playing. Or it might be nothing more than you are bored. Either way, the batsman might just get thrown by your nonsense and chop the ball onto his stumps.

If Sangakarra can, anyone can.

That's why, in England's case, I don't think you can come up with a tactical genius ploy to explain why there was a short point, short cover, short extra cover, silly mid off and a wide mid off just loitering about. Cook and Anderson just wanted to mix it up, so they threw the dice.

I'm all for this.

Far too often in club, school and academy cricket you see a ring field set with a slip or two. Perhaps if you have played against this chap before and know he is strong on the cut you put third man wider and go with a gulley.

Everyone at every level can be a lot more creative than that in wicket-taking situations. Cook just proved it.

But wait... restriction works too

On the other hand, it's also possible to get a bit too funky.

The basics of cricket are the basics because they work. They are built on best practices that have been developed over hundreds of years in millions of games. In other words: slips exist because the ball goes there in the air a lot.

That means - even if you want to get clever - that your default position will always be a standard field.

With a ring field and 2-3 close catchers you can still take wickets against a side bent on the draw. Batsmen still want to score runs and are not satisfied to defend everything. If you respond by pitching the ball up and cutting off scoring areas frustration begins and mistakes come.

Frankly, you will win most games with disciplined bowling, timely changes in the attack and good fielding without much variation from the template.

The time to get funky

That doesn't mean Cook was wrong.

In this situation, and on many occasions in the club game, there is a time when the orthodox clearly isn't working and you need to do something. You need to do anything other than say "come on lad, big effort" and change the bowling again.

If you have ever "gone quiet" after a long period you also know that sometimes the team just need something else to do rather than loaf at cover.

Then is the time to get creative.

How often will this lead to a wicket?

Probably less often than staying with the orthodox, but even if it works once in a season and you get one more win you are up on the deal.

And let's be honest for a moment, what's the alternative?

Boring fields, lots of predictably dull draws and no fun for anyone.

Save the cricket world from that awful fate and get a little bit more funky.